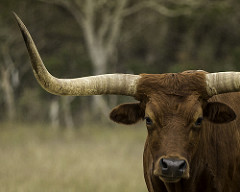 Legislation: In 2013, Texas lawmakers passed SB 200, requiring state government agencies to divest from companies with ties to Iran; that is, companies that contract with or provide services to the the government of Iran, or companies in which the government of Iran holds equity (1). The 2013 law, sponsored by former State Senator (R, Seventh District) and current Lieutenant Governor Dan Patrick, received broad support in a 145-0 vote (2). The law stipulates that the state divestment requirement expires on “the date the United States revokes its sanctions against the government of Iran.”

Regulation: The state of Texas first sought to sanction Iran in 2007. Gov. Perry requested that state pension fund managers divest from assets with ties to Iran, but that request did not carry the force of law. As one trustee predicted, the pension funds took no serious action to comply with the request (3).